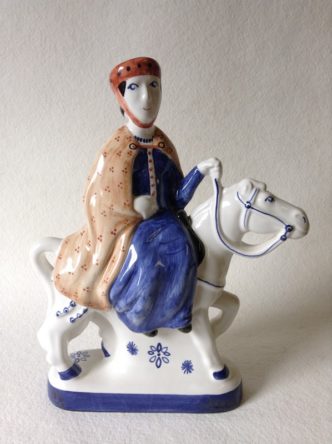 The Guildsmen & their Wives – The Carpenter’s Wife

The Carpenter’s Wife has a particularly grand, decorated mantle (or cloak), which she clearly felt befitted her status as a Guildsman’s wife.  Her gown, an elegant, soft blue, has a rather fine series of coral buttons down the front of the bodice that id designed to tie in with the ornate clasp on her cloak as well as her headdress.