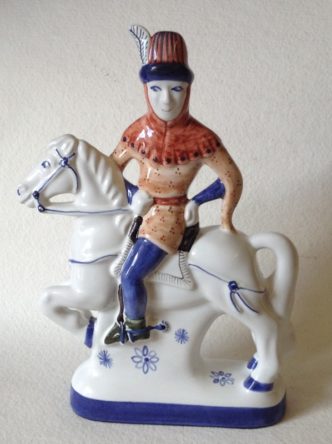 The Guildsmen & their Wives – The Carpenter

Their wisdom would have justified a plan

To make each one of them an alderman.

The Carpenter is sporting a particularly jaunty hat, which was inspired during a visit to a museum in Perugia, Italy  where we loved a series of medieval tapestries. We found so many ideas for decoration that we filled up an entire sketch book with hasty scribbles. His tunic is in our soft russet brown , carefully matching his Wife’s ample cloak.