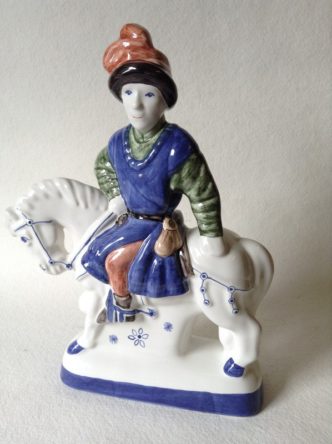 The Guildsmen & their Wives – The Dyer

Each seemed a worthy burgess, fit to grace

A guild-hall with a seat upon the dais.

As with our other guildsmen and women, The Dyer is shown wearing as many colours as possible, showing-off his dyeing prowess and skills.

His hat is a stylish turban shape in coral, trimmed with a dark brown beaver brim.

Click here to see the Dyer’s Wife in all her finery.