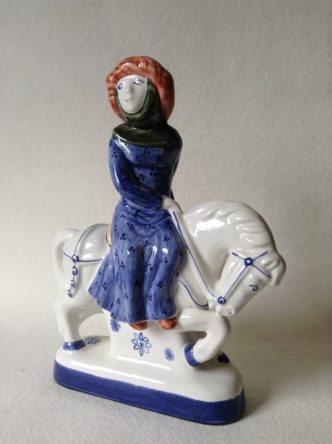 The Guildsmen & their Wives – The Dyer’s Wife

They had the capital and revenue

Besides their wives declared it was their due.

We have always felt that our Guildsmen’s Wives were the forerunners of’ ‘The Ladies who lunch’ and no doubt each wife was carefully scrutinised about the exact state and cost of her dress and head gear.

The Dyer’s Wife is wearing blue to match her husband, but in her case the fabric is richly paterned and her large hat and wimple is worthy of Ladies Day at Ascot.