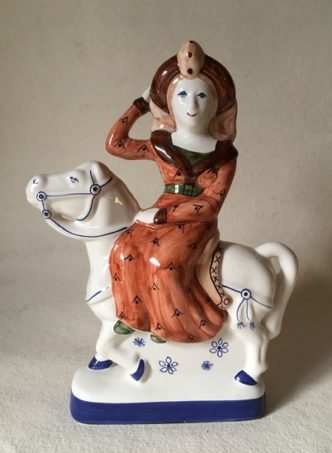 The Guildsmen & their Wives – The Haberdasher’s Wife

To be called  Madam is a glorious thought,

Just like her husband, The Haberdasher’s Wife well knows the importance of her position in life.  Like him she, too, is very well dressed with a beaver fur trimming to the neck of her gown.

While the toning, exotic terracotta and rich brown, of both dress and hat are designed to make the couples’ wealth and social standing crystal clear to all the other Pilgrims.

To see her husband in all his finery, click here.