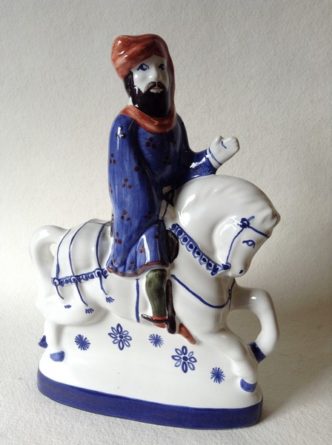 The noble character of the ‘parfit gentil Knight’ is well displayed both in his powerful horse and his ornately decorated cobalt tunic with rather splendid turban-style head gear.

There was a Knight, a most distinguished man,

Who from the day on which he first began

to ride abroad had followed chivalry,

In all his life to any; comes what might;

He was a true, a perfect gentle-knight