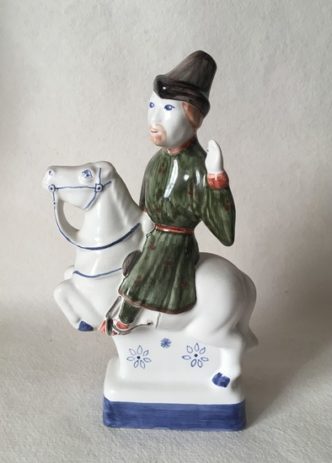 This estimable Merchant so had set

His wits to work, none knew he was in debt,

He was so stately in negotiation,

This medieval Merchant in his fine hat rings many a bell amongst city characters of the 21st century. Geoffrey Chaucer proves over and over again in The Prologue to The Canterbury Tales just what a good judge of character he was.

Our Merchant is elegantly dressed as befits his supposed status; the Beaver hat placed just so on his head, and handsomely patterned green tunic all helping him to appear as a “Man of means” even if in reality he is only a “Man of straw “.