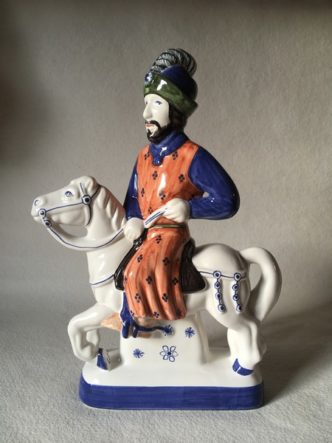 The Guildsmen & their Wives – The Weaver

Their wisdom would have justified a plan

To make each one of them an alderman

The Weaver was the 33rd figure in the Chaucer’s Canterbury Tales range. He is also one of the only bearded Guildsman and has not only an excellent and intricate feathered hat, but a rather dashing horse as well.

Using additional decoration on his coral over tunic we have intoduced particular detail at the neck and he is also shown wearing a cobalt under garment.